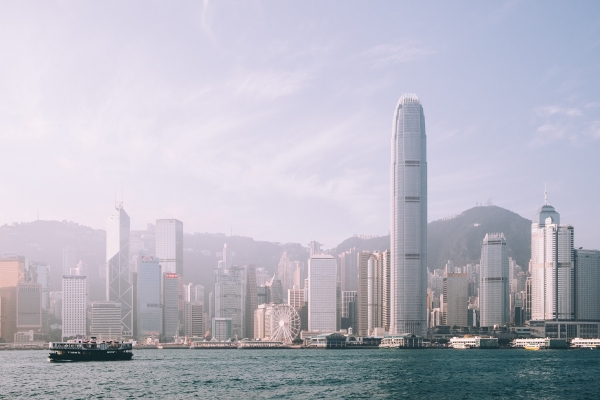 Photo by Dan Freeman on Unsplash

Andrew and I have been lucky enough to travel to lots of different places around the world, so when it came to choosing a honeymoon destination, we found it quite difficult!

Being married in November helped to narrow down the choices, due to it being winter in many of the places we considered. We decided to head somewhere warmer, but it wasn’t a lazy honeymoon by the pool we had in mind. Instead, we chose Hong Kong, one of my favourite places in the world, but also somewhere that Andrew had never visited.

It turned out to be an inspired choice. Andrew fell in love with the place just as much as I had previously, while I was reminded all over again just how wonderful Hong Kong is.

Hong Kong is a fascinating mix of traditional Eastern culture and modern Western influence and we experienced the best of both worlds during our two-week honeymoon.

We stayed in a lovely little hotel in Kowloon. With seven million residents, real estate in Hong Kong is extremely expensive and hotel rooms are no exception. Our deluxe room at the four-star Eaton Smart Hotel was tiny, but it was certainly cosy!

Photo by Elly Fairytale from Pexels

We didn’t spend a lot of time in our hotel room anyway, as we had lots of exploring to do. We jumped straight into shopping at the Temple Street Night Markets, which were right near our hotel. The markets in Hong Kong are famous for their atmosphere and we thoroughly enjoyed haggling with the stallholders, who loved to joke with us despite their limited English. We did a lot of shopping at various markets and shopping centres during our honeymoon – in fact, we had to post some things home because they wouldn’t fit in our suitcases!

In Kansu Street, near the Temple Street Night Markets, we found dozens of fortune tellers waiting to tell us what our future held. Andrew and I both had our fortunes told by an elderly man who used a combination of numerology and palm reading. He was spookily accurate about our pasts and our personality traits, so hopefully his predictions for our future are correct too. Fame and fortune here we come!

Another night we took a bus up to the famous Victoria Peak, the highest point in Hong Kong. Besides the breathtaking view, The Peak is also the home of Wonderfish! Spa. Wonderfish are tiny little sucker fish, which eat the dead and dry skin from your feet, leaving them beautifully smooth and soft. It took a little while to get over the creepiness of having fish swarm to our feet, and then we had to deal with the ticklishness, but once we were used to it we thoroughly enjoyed the unique experience.

Also at The Peak is Madame Tussauds, where we had a wonderful time posing with the various celebrities and dignitaries.

We spent many days and nights just wandering the streets, and we would always find something new and different. It didn’t seem to matter what time we went out, there were always hundreds of people around and we never saw the streets empty!

Photo by Annie Spratt on Unsplash

In amongst the markets, shopping centres, hotels and camera stores, we would often come across something to remind us that we were in a very foreign country … like dried lizards on a stick in a traditional medicine store!

Although we tried to do as much exploring as we could and not just stick to the usual tourist spots, there were a couple of things we simply had to visit. Ocean Park is Hong Kong’s animal theme park, most famous for its resident giant pandas. We were very lucky to see the pandas when they were very animated and playing up to the crowd.

Photo by Debbie Molle on Unsplash

The seals and sea lions were also fabulous and put on a very entertaining show for us. The animals were adorable and I couldn’t resist buying a panda hat and looking like a complete tourist!

We also stayed at Disney’s Hollywood Hotel and spent two days at Hong Kong Disneyland. Although it’s a relatively new park and quite small for a Disneyland, we had a wonderful time meeting all of the Disney characters.

We finished off our honeymoon with a couple of nights in Macau, which is famous for its casinos and nightlife. We stayed at the ultra-luxurious MGM Grand Macau which was incredible. Our hotel room was about six times the size of the one we had in Hong Kong!

It’s obvious there is a lot of money in Macau – I even had a martini with real gold flakes in it at the bar one night!

Photo by Lou Daniel on Unsplash

Our two week honeymoon was wonderful and we came home with two suitcases full of shopping and a lifetime of memories. Hong Kong is an amazing place and we can’t wait to visit again!

Kelly says: “I was married in November 2010 after a 20 month engagement. I loved wedding planning so much I started my own wedding community called SaySo Weddings“.

Ms Gingham says: “Hong Kong, although not your usual honeymoon destination, is such a great place. The city is alive at all hours and there’s so much to do … and when you’ve finished shopping, you can go on to shop some more! It’s a hard life …” 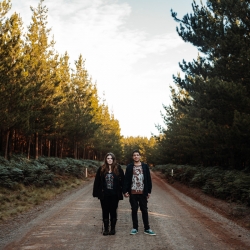