Norway is famous for its Fjords, The Northern Lights and Vikings. This beautiful and picturesque country is a wonderful honeymoon option, particularly for couples who love the great outdoors. Oslo is the capital of Norway and much like all of Scandinavia, is an incredibly cosmopolitan city filled with many a cultural delight. However, when travelling in Norway, do as the Norwegians do and get out of the city and explore what their beautiful landscape has to offer.

For traditional Norwegian fare (read reindeer) try dinner at Engebret Cafe, Norway’s oldest restaurant. You’ll be treated to a fine evening of traditional food and old world charm. Or for a truly opulent meal dine at one of Norway’s premier restaurants, Bagatelle. It’s best to set aside a whole evening and indulge in a 20-25 course tasting menu!

Image by the Grand Hotel

If you’re planning to stay in Oslo for your honeymoon, look no further than the Grand Hotel. Located right in the heart of the city centre and only 500 metres from the Royal Palace – you’ll feel like total royalty staying in one of their many luxurious suites. You’ll be in good company too as this is where recipients of the Nobel Peace Prize stay!

2014 is definitely Sweden’s year. It has been named one of the top 10 countries to visit this year by Lonely Planet and Umeå, northern Sweden’s largest city has also been named this years cultural capital of Europe. Stockholm, the capital, is achingly cool – from it’s architecture to its inhabitants and everything in between.

Image by Restaurant Volt  via Places We Know

Restaurant Volt is a Swedish culinary superstar, serving up contemporary and elegant food, with plenty of Swedish influence. Also on the menu is Restaurant Himlen. Providing a truly special backdrop – the entire cityscape – indulge in an intimate setting on top of the 25th floor of the skyscraper Skrapan. Travel a level up and you can indulge in cocktails and a meal in a more laid-back setting.

A top place to stay whilst on honeymoon in Sweden is Nobis. Only a few years old, this stylish hotel is one of the hottest places to stay. Their decadent suites are designed with modern Scandinavian aesthetics that you’d hope to see, all right in the heart of the city. Or for a bit of novelty factor why not stay in Hotel Rival, owned by ABBA’s Benny Andersson. But that’s where the novelty stops. Hotel Rival is actually a beautiful design hotel, featuring retro furnishings, a vintage 1940’s cinema and an elaborate art-deco cocktail bar.

So many reasons to consider a honeymoon in Norway or Sweden! 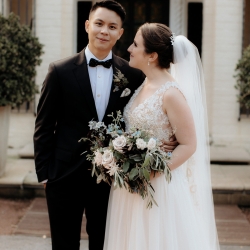 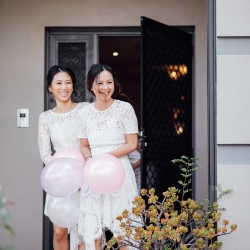