Is a holiday enough to change your soul? To ignite your spirit? I certainly didn’t think so, but that was before we headed to Eco Beach, an hour from Broome in August, as part of our Expedia Western Australia travels (read my last part here).

This  is not a new story for me, it’s one I shared with our advertisers in the Polka Dot Inner Circle the week I was in Eco Beach, but it is new for me to share it with you. I never really enjoyed holidays, Mr Polka and I have rarely been away since I started the site. Small breaks never felt restful and always resulted in my exasperation – surely holidays were meant to be relaxing? But it was while lying in one of the resort’s hammock pavilions with nothing but the sounds of the sea, Mr Polka beside me, that I realised it could do more than expose me to sights and sounds, it could actually change my life pattern, change my resolutions, change my way of living.

You can read my full review of Eco Beach over on the Expedia blog by clicking here, but today I’m also sharing five soul changing experiences that Eco Beach offers.

So let’s kick off with number one. Hammock time! (You have no idea how much determination it is taking not to break out into lyrics). We were lucky enough to spend a day free at Eco Beach, which in my mind is a brilliant way to really get the feeling and atmosphere of a place. After breakfast, we wandered along the beach (and saw a grand total of two people, which is a another reason I love this place, just how darn quiet it is!).

The resort has hammock pavilions dotted along their private beach and hammocks have to be the best way to laze a day away. After our tasty breakfast and our morning walk we settled into the hammocks. A feeling of not having to be anywhere, the warmth of the sunshine, the fresh air and the crashing waves? That’s a recipe for Ms Polka suddenly going “Oh, I get the relaxation thing now!”. We stayed in those hammocks for what felt like hours. Manager Josie later telling us a group had spent an entire day there the week before, rising only to fetch cocktails and food. When we return to Eco Beach (because it’s a when not an ‘if’) I am staking one of these babies out every single day.

This teeny airplane marks my second experience which I will never forget. It’s tiny and if you’re like me you may feel slightly terrified, but trust me, this plane it’s smoother than any bigger plane I’ve ever been on. This is just one of the ways of getting to the resort, but it’s also the fastest; the flight is only 15 minutes and in the afternoon glow over Roebuck Bay was truly magical. I felt like I was in the middle of a milky blue gemstone. The bay was still, the sky and sea the same colour, the sun glinting off the water as it set and just four of us flying over the bay. It was exhilarating, peaceful and utterly beautiful. The return flight, which was mid morning was completely different and showed off the turquoise blue waters and bright vivid colours of the landscape, but for me, I will never forget that serene blue and quiet of our debut flight.

I’m counting each sunset we experienced at Eco Beach as a different experience because, they were both completely different. The one above, is looking over the resort’s beach. We’d come up the stairs to the main pavilion (which houses reception, a guest lounge, the infinity pool and restaurant) and caught site of the sherbet colour sky. So we quickly headed down to the beach – our first sighting of just how remote this resort is. The gold sky shimmered off the water, the sky changing minute to minute. Sunsets are magical things, they make you stop and be present, breathing it in and really, what could be more romantic than  a walk along this beach as the sky changes to night?

The “Welcome To My Country” and “Spiritual Sunset” tours at Eco Beach are for me, worth the trip alone. We were met at reception by Traditional Landowner, Dominic Matsumoto. We loaded his esky and climbed into the back of his 4Wd where we set off out of the resort (which is set into a cattle farm -Yarroogarra being the traditional name for Eco Beach). Dom has an openness to him – he requests you ask him anything, including taboo subjects and he will do his best to educate you and help you understand his life and way of living. We were taken to Dominic’s grandmother’s birthplace where we participated in Dom’s interpretation of a welcoming sand ceremony as well as a cleansing smoke ceremony in between many, many stories of Dom’s childhood and the challenges he faces as an adult in western society.

In between it all is a brief lesson on using plants as food and medicine – our group invited to try Dom’s favourite bush lollies and educated about different plants and their uses. I can never do this experience justice when I recount it to others. The smoking ceremony alone is worth booking this tour for, but the entire tour was packed full of learning, education and in the end of a greater understanding of a culture I have not been able to dive into as deeply ever before.

My last soul changing experience is almost summed up in the photo above. I can’t believe in some ways that was my view, it’s the sights I see in photo books – that happen to others, not to me.

After we finished up the “Welcome To My Country” tour, we hopped back into Dom’s 4wd and headed to a clifftop which literally gave us a 360 view. I was thinking that in itself was going to be amazing, but then Dom led us like mountain goats (I was inelegant and unsteady, Dom put me to shame as he ambled up and down) to the beach below. Dom lugged down folding chairs which he set up in a row for us and the finishing touch, our ice-cold beverages from his esky.

The water was still, giving off a metallic glow, the clifftops around us literally glowing red and listening to Dom’s stories of his childhood and life, as the sun set, was one of those experiences that was unexpected yet probably the most valuable and interesting of my year. The photos do not capture it’s beauty, my words do not capture the wisdom that Dom imparted, but it remains in my soul and is one I will share with everyone I meet, to encourage them to do the same.

Eco Beach, as you can tell, had a profound effect on me that I am still trying to understand. The sights, the sounds and the feelings that the resort gave me were unforgettable and something I felt so lucky to experience.  So be sure to click over to Expedia and read my full review of Eco Beach Resort, because it really is an undiscovered gem. 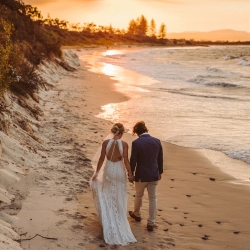 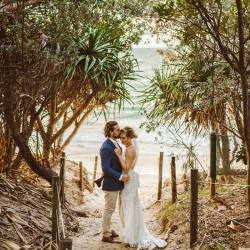 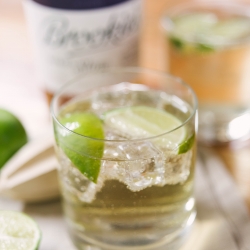 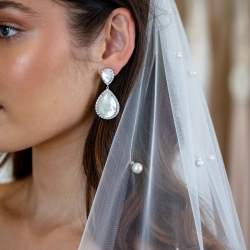