York stands to be one of the most spectacular walled cities in the world, having been founded by the ancient Romans. Its huge 13th century gothic cathedral, York Minster, stands as a beacon of brilliance and serves as the first taste of history and beauty to the rest of the incredible city. With a touch of ancient history at every turn, an abundance of sightseeing opportunities, and the overall romantic ambiance that has settled over the ancient city, York has no shortage of perfection.

Image via The Grange Hotel

Make the most of York and all it has to offer by starting at the luxuries provided by your hotel. With countless options across the city, you can be sure that you and your new significant other can expect the very best out of the ancient city.

With a city as grand and old as York you’re sure to feel like you’re stepping right into history. This doesn’t end at the Grange Hotel. With an original sweeping staircase and luxurious regency décor, you will almost feel like royalty. The four star hotel offers guests the incredible opportunity for a perfect stay in the beautiful city.

Image via The Grange Hotel

At one of the most peaceful locations situated in the city centre is the charming boutique Grays Court hotel which has been grandly adapted to suit the modern couple in a historic building. The rooms are as gorgeous as they are incredible, as is the courtyard and garden. In every room there’s a view that gets more beautiful by the second – if you’re lucky, you could be enjoying views of York Minster!

This lovely hotel is just steps from the train station and around the corner from some of the best of the city. The Principal York is the perfect blend of modern and ancient, having been decorated with the comforts fit for a modern couple within the late-Victorian architecture.

Image via The Principal York Hotel

This boutique hotel in the heart of York offers a warm Yorkshire welcome with its modern rooms and outstanding restaurant. This charming hotel offers friendly service with a bonus on tips and tricks to get the most out of the city. When you’re not out exploring, you can be living it up in style and comfort at the Hotel Indigo.

This lovely hotel will take you straight to the very heart of the city – and at the same time will provide luxury and comfort beyond anything you could have imagined. As a winner of the Historic Hotel Award, the hotel lives up to its excellence, and doesn’t skip on the beauty. Step into the heart of the city in this incredible hotel.

York is famous for the York Minster, but that’s only just the beginning. While you’re here, take the time to explore the entire city and all it has to offer. Make sure to pack a camera for some splendid shots, and remember to take a moment to enjoy the romantic ambiance that has become the heart and soul of the city.

When you step into this architecturally stunning building you’re initially greeted by the world famous stained glass windows that cast a romantic light across the room. As you move further into the building, there’s the historic artefacts that make up the great city, and incredible architecture that has made this building a relic of a different time. Tour the building on one of their guided tours to feel the call of history.

When in York, you must visit The Shambles! The ancient, charming street is lined by buildings right out of a medieval scene and is now one of the most popular places for tourists to pick up a souvenir or two! Arguably the best preserved medieval street in the world, The Shambles is both a delight on the eyes as it is on your coins!

The York Castle Museum is one of the most renowned displays across the city. The grand building houses an extraordinary array of social history – and a former debtor’s prison and former women’s prison! To say its history is exciting is an understatement! Step into the architectural phenomenon for a true glimpse into history. The museum offers a variety of tours, so stop by reception to arrange something private.

The Mansion House was built to allow the Lord Mayor to entertain visitors, as well as to present collections of history. The building stands out as one of the most exciting in York, and there’s an abundance of activities to keep you busy inside. To start, book a guided tour and set out for just one of many exciting adventures on your honeymoon!

The hardworking team behind the award-winning, family-run vineyard are always ready with a tour and tastings, meetings, parties and weddings, as well as overnight stays! The vineyard makes for one of the most spectacular scenes across York and it is fast becoming recognised as one of the cities most prized attractions! Have a look at their services and book a tour or two to complete your honeymoon!

With no shortage of things to do, York has you covered for every moment. Whether it’s dancing the night away under the stars or wandering in and out of ancient buildings, you’re sure to find something that makes your honeymoon that much more special.

The city is famously known for having been founded by the ancient Romans, so it’s no surprise that the ancient architecture can make you feel like you have stepped back in time to a place where romance is in the history. With any number of tours, like with BOBH and Yorkshire Day Tours, you can be sure to feel like a Roman in no time!

York has no shortage on spectacular theatres, so why not pencil it in onto your bucket list. The shows are so renowned and spectacular that you will be dancing to the melody long after the curtains close. Stop by Seymour York Theatre, Grand Opera House York and York Theatre Royal for some of the most amazing shows of the decade.

Yorkboat Takes to the Water

For a spectacular opportunity to see the buildings, bridges, and historic sites that make up the charming city of York, you can’t go past the Yorkboat. As it sails around the city, you can put your feet with a glass of champagne and watch as the city lights up as the sun sets. It’s an incredible option for your honeymoon!

A honeymoon isn’t ever really complete without a long, scenic walk. For some places, this is along the shores of a beach, but in York it’s surrounded by flowers that bloom in a thousand colours. It’s nothing short of romantic – and incredibly gorgeous! There are gardens everywhere to enjoy, so be sure to add it on your list of musts!

Chocolate, chocolate, and more chocolate! Is there anything better? At York’s Chocolate Story you’re surrounded by the history of chocolate and the chocolatiers that have made York one of the most exciting cities in England! As the home of chocolate, you’re sure to fall more in love with this guilty pleasure!

York embodies everything that makes England one of the most amazing countries in the world. Not only are you stepping back into a history rich with culture and tradition, but you’re welcomed by a romantic ambiance that has become so much a part of the city that you’re never too far from a hidden gem of a moment. It’s one of the most exciting, historic, charming, and romantic places to honeymoon!

Ms Chinoiserie Says: Discover history at every turn in this beautifully romantic medieval city; a trip to York Minster is a must! 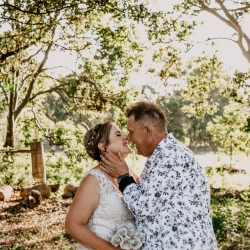