Micy and Jay’s decadent Bram Leigh wedding was inspired by their combined love of vintage, glamorous eras gone by. They wanted their day to be full of love, happiness and, most importantly, their families. The couple officially wed two weeks prior to their actual wedding day in Jay’s parents’ backyard. His father was unwell and they wanted to share this particular moment with him in an intimate, special way. They chose Georgia Verrells to capture their wedding day, in all its glory.

Micy says of how they met, “When I was in year nine, I had moved from the Western suburbs to Caulfield and attended Glen Eira College where I walked into the same class as Jay. Funnily enough, just a couple of years ago his friend at the time wrote to me asking me if I knew the story of how Jay turned to him that day and said “I’m going to marry her one day” when I had walked into his classroom. We became friends, and then started seeing each other when we were 18.”

Jay chose a navy blue suit from Bossini for his wedding day attire, and for his groomsmen. He wanted that old school glam look for his day, complete with a dapper black bow-tie.

“My dress was covered in pearls,” says the bride. “I chose it because I love the glitz and glam of the 20’s through to the 50’s. I knew I wanted my bridesmaids to be covered in sequins, so I decided I would wear pearls. My close friend, Kate Peta, helped me with makeup for the bridesmaids, and  Kaysi Rawiri from Makeupkays, Jay’s cousin, flew over from New Zealand to attend our wedding and did the hair for myself and for my bridesmaids.”

The couple held their wedding at the glorious Bram Leigh Receptions in Melbourne, and the bride and her bridal party arrived at the chapel in an entourage of glamorous vintage cars. “Always Classic Cars supplied the 1967 Rolls Royce Phantom 5,” explains the bride. “One of our good friends, Dennis Yates, supplied the 1953 Bentley R Type and we also used Jay’s 1969 Mercedes 280SE.” The bridal party’s opulent bouquets were created by Dahlia Fandango, and complimented the blush pink tone of the bridesmaids.

The bride walked down the aisle to a cover of “Can’t Help Falling In Love” by Juliana Chahayed to her waiting groom. “We wanted our ceremony to remind us why we love each other, and how important it is to acknowledge the work we put in and the components that make a healthy relationship work,” Micy explains. “We have two children together, and we are more in love than we have ever been. Dawn Nance, our celebrant, had us to write five things that we love about each other a few months before the wedding without the other knowing. She then read them out at the ceremony, which was so beautiful to hear.”

One of their readings was, “Marriage is… Marriage is a dynamic process of discovery. Marriage is a journey, not an arrival. In marriage, being the right person is as important as finding the right person. Marriage is starting to love over and over again. Marriage is a life’s work. Marriage is an art and like any creative process it requires active thought and effort. We have to learn how to share on many different levels. We need to practice talking from the heart and understanding attitudes as well as words. Giving generously and receiving graciously are talents that are available to anyone, but all these skills need to be developed if the marriage picture that we paint is to be anything approaching the masterpiece intended…”

Of their photographer, Georgia Verrells, Micy says, “I love the story telling feel she captures. She was so relaxed and accomodating. There were a lot in my bridal party, and she didn’t stress or fuss one bit. She was so lovely, and made the experience wonderful.”

The bride says their stylist, Belle from The Fourth Estate, was just amazing! “She took care of the venue and everything was just perfect! She was so lovely, and also styled the small ceremony we held two weeks earlier in Jay’s parents’ backyard.”

A special moment for the couple was when Jay’s uncle and aunt, along with the Hakka group, performed The Kappa Hakka and other traditional songs, which they said was just breathtaking, and so meaningful to both of them.

“Our first dance song, which was a cover of James Arthur’s “Say You Won’t Let Go”, was sung by our cousin Kobe White,” Micy remembers. “Kobe sang this song that we dedicated to my father in law. It was so beautiful and heartfelt. Also, our 5 year old daughter and 3 year old son danced together to this song with us. Our kids getting up and dancing with us was an absolute highlight, forever embedded in my heart.”

Congratulations Micy and Jay! Thank you to Georgia Verrells and the lovely couple for sharing their beautiful day with us! 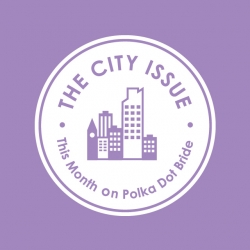