Festival Vibe – Where to Celebrate Your Love In June

From festivals that celebrate ancient mythical folklores to those that thrive on centuries of history or honour, pride and love, June is an exciting month for honeymooners. So say your vows and immediately hit a festival or two to celebrate your marriage in new and exciting locations. It’s bound to be a holiday you’re not likely to forget.

One of Poland’s most bizarre festivals sees an exotic figure dressed in colourful robes make a five hour treck through the city of Krakow, occasionally making stops to accept gifts of free food and liquor handouts. He carries a mace with which he hits revellers (something you should count yourself lucky not to be included in) all the while promising luck, wealth and bountiful crops. As far back as 1818, this festival has been an official way for the city to celebrate history and embrace seemingly odd beginnings.

For someplace close to stay during the festivities have a look at the tranquil and charming Topolowa Residence. The hotel offers gorgeous modern rooms that are warm, inviting and beyond comfortable. It’s going to be very hard to drag yourself away from the hotel for the festival itself. And much like that hotel, the Hotel Wentzl is charming and full of character unique to the history of Krakow. The hotel is also in a convenient location, closeby to restaurants and all the fun of the festival!

The festival is said to be a celebration of the success over the Tartar invasion in which a man entered an enemy camp and returned to town with unknown riches. To honour this, the town becomes a colourful explosion of music, storytelling and celebration. With this new type of energy throughout the city, a feeling that fits right in anywhere throughout Poland, you and your significant other can expect a unique kind of celebration of love.

Police raids in a well-known gay community had become a staple of New York City life in 1969 until one night in June when community members stood and fought back in what became known as The Stonewall Riots. If you don’t know the story behind the annual Pride Week it might be best to research it before joining; the overwhelming sense of pride and wonder for the community is that much more intense. But above that is the colour and the beauty that comes with Pride Week in incredible NYC.

There are so many incredible places across the city where you can stay that it’s almost impossible to really narrow down the choices. For something classic, modern, and close consider the glamorous Sofitel New York Hotel. For something a little more artsy, have a look at the Homewood Suites. Then there’s also the incredible Bryant Park Hotel for a mix of both.

To celebrate a diverse, inspirational and creative community that values equality, consider spending your honeymoon in exciting New York City and join the crowds and crowds of people on the streets. Enjoy the overwhelming feelings of love and acceptance during a festival that values them above anything else.

China comes alive on the fifth day of the fifth lunar month every year to celebrate 2,000 years of culture and tradition. In this instance, it’s a commemoration of the ancient poet, Qu Yuan, who chose to sacrifice himself rather than see his country invaded. To honour him and his sacrifice, the country comes alive with traditions and customs from eating particular foods to the major Dragon Boat Racing events. It’s an incredible experience, and although nations around the world have also come to celebrate this festival in their own way, there’s nothing quite like being in the centre of China as history comes alive.

The festival takes place across the entire country and depending on regions, each place will have their own way of celebrating the festival. So it’s not a matter of picking based on location – it’s about what suits you and your significant other the best. We can’t go past the lovely New World Beijing Hotel and the incredible panoramic views. And then there’s the W Hong Kong that’s just as incredible as you would expect it to be.

During the festival take the opportunity to explore China. With your new partner, watch the Dragon Boat Races on the shores of some of their most incredible rivers, eat new and exciting cuisines specific to this festival and embrace a different history. It’s an exciting way to embrace an unfamiliar culture and celebrate your new marriage.

Ms Chinoiserie Says: Wow – so much ‘colour pop’ in June; New York is my choice for festival honeymoon fun! 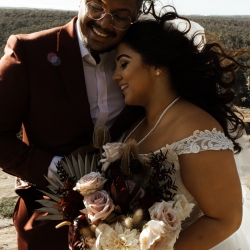 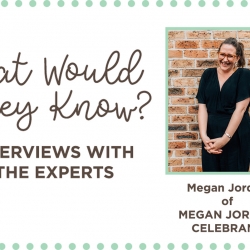