The all-white colour palette and simple country setting completely won my heart when it came to Alysha and Kristopher’s modern country wedding in Casuarina. The neutrals created room for stunning modern styling – greenery hanging from the rooftops with Edison style light bulbs, delicate florals in crisp green and white and it all echoed with watercolour details – including fun paper fortune tellers that greeted guests at the ceremony.

Captured by the talented team at Figtree Pictures, Alysha and Kristopher wanted their day to be “fresh, modern and a bit of rustic”.

The duo met in high school, Alysha filled us in on both the story of how they met and the story of how they became engaged. “We first met in high school. We dated for a bit but after a brief romance, we went our separate ways. Fast forward many years and it wasn’t until when I turned 18 that I started going out clubbing that I bumped into Kris again and the rest is history. Kris organised a winery tour at Sirromet Winery for my birthday. After the tour finished we had a nice lunch. It was after lunch he had planned to pop the question but due to miserable weather, he held off. Later that night we went into Southbank to grab dessert, it was after dessert we were walking along the river and that’s when he got on one knee and asked me to marry him.”

The bride chose a beautiful gown, from Made With Love, telling “I had originally picked another dress out from another place but hadn’t had that ‘wow’ moment that everyone goes on about. I booked an appointment with Made With love to try on some gowns and when I tried on ‘Sasha’ I knew that was my dress.”

The couple chose Osteria for their ceremony and reception, noting “As soon as we walked through the venue we immediately fell in love with the place.”

Alysha walked down the aisle with her father to Jimmy Eat World’s “Hear You Me”.

Erin Woodhall officiated the ceremony, the couple opting for something fun and relaxed. Alysha tells “We wanted our ceremony to not be boring and risk people losing interest. We choose Erin as our celebrant as she was outgoing, fun and we felt like we had known her for years. It went for about 30mins we didn’t have any readings. There were lots of laughs and some stuff ups (on Kris’s behalf as he was so nervous).”

The French Petal were briefed by the couple to create natural, white arrangements with greenery. Alysha explaining “I loved the fresh look of white flowers with greenery so we ended up going with, Magnolia & Camellia foliage with white Columbia roses, white lisianthus, white hydrangeas and double white tulips. The arrangements our florist put together were amazing.

I pinned my Grandma’s brooch on my bouquet, the same brooch my Mum also had on her bouquet. She couldn’t make it on the day so was nice to have that part of her with me.”

Of their photographer, Alysha remarks “We went with Figtree Pictures and they were amazing!! From the lead up to on the day they made us feel so incredibly comfortable and our photos are just beautiful. We recommend them over and over again.

The two photos we LOVE are the one where Kris is kissing my cheek and you can see the sun setting in the background and the front on pic of me leaning on Kris’s shoulder and his looking down at me.”

The couple chose long tables for their reception, hanging greenery with Edison bulbs adding to the natural, yet modern styling of the day.

“Having all our closest friends and family in the same place at the same time was very special.”

Alysha remembers “Our first dance was to James Arthur’s, “Say You Won’t Let Go”. We felt like this song summed up our love story to a tee.”

Byron Wedding Visual captured the most beautiful film of the day unfolding.

Congratulations on your marriage Alysha and Kristopher! Thank you for sharing your beautiful day with us! Thank you also to  Figtree Pictures for sharing today’s gorgeous imagery. 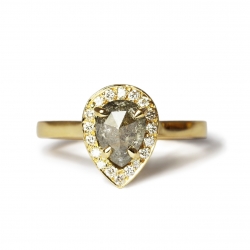