We always love a winery wedding, what better place is there to be, than amongst the vines? And for Hannah and Brent, the vines provided the most stunning of backdrops, even when the sky turned grey and the heavens opened. With Salt Media behind the camera, you’ll soon see that there could be nothing to dampen this very special day,

It was with a nod to Mother Nature that Brent asked Hannah for her hand in marriage, he fills us in. “Hannah is a lover of Sunflowers, and it just so happens that about an hour south of home was a field of them. I thought what better place to ask her to marry me? I asked our friend and photographer Sophie to tail us all the way down and hide amongst the flowers, I was so nervous and had a rather difficult ring box to hide. I was constantly trying to get Hannah to walk in front of me so she wouldn’t notice it sticking out of my back pocket. It wasn’t until we exited the maze of flowers that we took a selfie with our Polaroid camera, I got on one knee and as I was about to ask the question Hannah interrupted me with “What are you doing? Are you serious? Did you ask my Dad? and you didn’t get a photographer….oh wait, there’s Sophie!”. As this was happening Hannah also managed to run slightly away from me and fall on the ground. Needless to say, I couldn’t have predicted how she would react in the slightest. Never the less she said yes and it made me the happiest man in the world.”

Brent found his suit, at Bruno’s Suits. The groomsmen dressing in all black while Brent donned a dapper grey blazer.

Hannah walked down the aisle to Sleeping At Last’s version of “I’m Gonna Be (500 Miles)”.

It was important for the couple to acknowledge their religion on the day, they share “As Christians, we felt it was important to include communion in our ceremony as we wanted the first thing we did as man and wife to be focus on our Lord God. It was an important step that we both wanted to take.”

Ps Anne Graham officiated the ceremony, the proceedings remaining one of their favourite parts of the day. “It is hard to pick just one, I mean between the hilarious ceremony (Brent is always able to find a laugh), the rain assisted photo shoot and the heartfelt speeches. However, I think nothing can really beat your entire group of guests dancing and singing along to the sounds of “I wanna dance with somebody” by Whitney Houston at the top of our lungs.”

Hannah and Brent chose Albert River Wines for their wedding, marrying in the historic chapel and continuing celebrations with their guests in the Auchenflower Ballroom. The rains causing a little change of plans. “We had planned an outdoor wedding but in the middle of a drought the skies opened and with 10min before the ceremony began, the vendors and guests alike all jumped in to move the outdoor Ceremony inside. There were 5 or 6 men huddled around the incredible arbour that was beautifully covered with flowers, and they quickly and carefully wrestled it inside.”

Of their photographer, Brent tells “Where do we start? Seriously Sophie has been with us on our journey from the day I popped the question and she has impressed us time and time again. Not only is she and her team naturally talented, but they make you feel so relaxed, honestly you almost forget that they are even taking photos of you, you just feel like you are spending an afternoon with a friend.”

As guests took their places inside the ballroom, they were greeted with handmade wedding favours made by the bride and groom. Brent & Hannah explains “Hannah chose to get some beautiful macrame keyrings done for the female guests’ wedding favours but Brent, being the avid Board Gamer, wanted something special, so he decided to hand paint some adorable hessian bags and tiny rocks to DIY his very own games of Noughts and Crosses.”

The groom chose the first dance song, Hannah remembering “For our first song Brent suggested the song “Wake Me Up” by Ed Sheeran, it was a song that we had bonded over the mutual love we have of it. Hannah was at first unsure it would be the right fit but after giving it some thought it was perfect. The dance itself was more funny than sweet, but that’s kind of Brent to a tee. We giggled and swayed as we talked about the strange feeling of dancing while 100 eyes stared at us, it was a moment we won’t soon forget, especially with the dip Brent decided to finish on.”

Salt Media did double duty on the day, not only capturing the stills, but also a beautiful film of the day unfolding.

A big congratulations to Hannah and  Brent! Thank you for sharing the stories of your day with us. Thank you also to Salt Media for sharing today’s imagery and film! 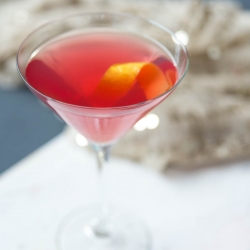 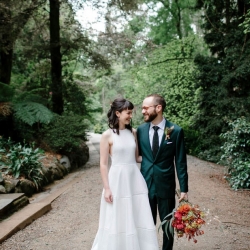