For a long sleeve bridal gown- or really any high couture style Basilica, they do beautiful gowns in thick luxurious fabrics and take a winter bride from freezing to catwalk worthy!

It’s another ‘that famous dance!’ wedding, this time it’s the Dirty Dancing wedding!

The bride is a wedding photographer in the UK

This is not quite wedding related – in fact the wedding of Trista and Ryan of The Bachelorette is worthy of a whole separate post!

It’s been announced Trista and Ryan are expecting their first baby!

Trista and Ryan Sutter of The Bachelorette are expecting their first child, the couple tell PEOPLE exclusively.”We are so happy after two years of trying,” Trista says.

Ryan, 32, a Colorado fireman, got the news from Trista, 34, a purse designer, when he flew into Denver International Airport on Dec. 18 after participating in a mountain expedition in Argentina.

“He was completely windburned and his lips were dry,” Trista recalls. “We had a three-hour drive back to our home from the airport and I couldn’t wait to tell him, so I pulled him aside to a quiet part of the baggage claim area and told him there.”

Adds Ryan, “I am happy to be able to finally be a dad.”

The couple won’t know the gender of their child until the summer; Trista is currently 14 weeks along.

“I’ve had horrendous morning sickness,” she admits, “but everyone says that is a sign of a healthy pregnancy.”

America’s favorite reality show couple met while taping The Bachelorette in 2002. They married in a televised 2003 special on ABC. 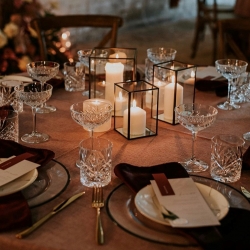