We found this stunning, old stone chapel while driving home from shooting a wedding in Tamworth in November. It is at Gostwyck, about half an hour from Armidale on the New England tablelands. According to the tourist information it was built by a family who settled in the area in the 19th century and has been in their hands all this time. They are quite protective of it, as you could imagine. There was even a story of a couple who went there for photos and mid shoot were unceremoniously asked to leave as they did not have permission.

It is possible to hold your wedding ceremony there and it is beautifully maintained and furnished. I believe there is fairly stringent criteria however. We were not there at the best time of day or year, light wise. However in Autumn the vines which creep all over it turn into magnificent hues of orange and red. Combine that with the light at that time of year and it would rival any venue in Australia for grandeur, at least photographically.

Ms Gingham says: What a beautiful chapel! So picturesque! I can only imagine what it would look like in the Autumn with the rusty reds to complement. Thanks for sharing Ben!

Ben of Blue Tulip Imaging describes himself as: “Real, honest, raw, all about the people and the little things. I shoot with my wife, we have an 18 month old who is of course the light of my life. I love my family and what I do.” 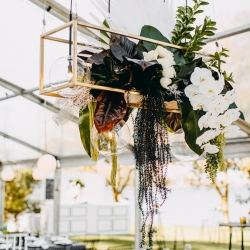