So, a quick recap. I proposed. Amber said “Yes!” We set about designing a ring that I then used to re-propose.

It was during a fact finding mission to the South West of Western Australia that I asked Amber to marry for me – for the second time. As I warned in The Proposal: Part 2 – The Ring, having a ring designed and made can be a process of several weeks. We had already found our wedding location and secured a date before we had received the engagement ring. I was fortunate to be able to collect the ring a day prior to our first foray south to investigate everything weddingness and I used a walk along Yallingup beach as the ideal time and location to re-pop the question.

Down on one knee, I took out a very shiny ring and proposed once more. This time there was less babble and less sweaty nervousness. There was just the sun and the beach and a beautiful woman smiling down at me with one of her “You goof…” expressions. But she did say yes again. So the way I see it, on the second proposal Amber had every opportunity to run, but she didn’t. Instead, she chose to stay. And that right there is testament to the extreme mental strength, will and tolerance my fiancé possesses.

Amber’s family resides on the East Coast of Australia and mine on the West, so it stood to reason that we had need for two engagement parties.

The East Coast affair was hard to organise from Perth, for obvious reasons, and thus a lot of the organisation fell to Amber’s family. We flew across for an action packed few days in Melbourne, culminating in a lovely little engagement party at Kooyong Lawn Tennis Club with family and friends. My folks tend to jump at any excuse to travel and were therefore in attendance, meeting the soon-to-be-in-laws for the first time.

As we are getting married in Western Australia, there was a quiet understanding that some of the people attending the engagement party would not be making the big trip to the West Coast. A long flight and a 4-or-so hour drive would take a toll on anyone, let alone the elderly.

We departed Victoria with a spring in our step, high on the buzz of a wonderful engagement party, blissfully unaware of just how intense the next few months were about to get…

The Perth engagement party was a very different affair. Early on in our planning we secured the wonderful City Farm as our location and it helped shape the style and ambiance of our party. City Farm lends itself to rustic whimsy and fire bins, barbeques and outdoor couches, tea-light candles and fire throwers and all of these things graced our big night.

We chose to hire a photographer to capture the event rather than relying on friends’ happy snaps and this turned out to be an excellent decision. Gabriel Massoni was on hand all night, even setting up a professionally lit photo booth of sorts, and the end results were three discs full of images of our friends and family hamming it up for the camera.

In my search for a photographer, I sought a professional who would be willing to provide me with the RAW files for me to work my Lightroom mojo on. Gabriel was kind enough to oblige. Thus the attached photos are taken by Gabriel and post-processed by me.

The second masterful brainwave came courtesy of Amber; the enlisting of hired helpers. Amber posted an advert on Gumtree seeking two people to work the night of our party, cooking the barbeque, preparing other food if needed, helping with drinks etc. On the day of posting the advert she received over 25 responses! Thus we had the luxury of choosing two people most suited to our occasion.

Pete and Claire were well experienced and it showed. Having the two of them working in the background completely changed the dynamic of the evening for the better. Neither Amber nor I were running around organising things once the night kicked off. Pete and Claire had it all under control.

In a humorous turn of events, I asked Pete if he would be ok with running the barbeque, to which he responded “I’m actually vegetarian, but I’d be happy to do it regardless”. “That’s ok,” I responded. “I’ll ask Claire.”

And yep, sure enough Claire’s response was “Oh, I’m a vegetarian but I can do that, no worries.” The chances! So I felt rather bad having the two of them cooking up chicken and beef patties for our mini burger bar, but they smiled and worked on without a hint of discomfort.

Come the end of the night, the dishes were washed, the glasses cleaned, the barbeque was spotless and the kitchen was tidy. We couldn’t have hoped for more from our two heavenly helpers and I highly recommend that you think about doing this too. It is worth it just for the fact that we were able to talk to a great deal of people throughout the night without having to worry about who was doing what task.

And so the Engagement Party Phase came to an end and full focus turned to wedding planning. It must be time for a road trip!

Images by Gabriel Massoni with post processing by Scott 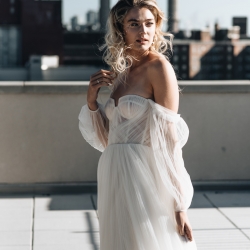 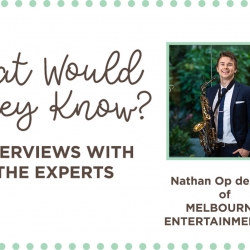