Ilse and Roger’s South of France Provence-Style Wedding is just how you’d imagine a wedding in the South of France to be – a flowing white dress, blue sky, an outdoor ceremony in a lush, green garden and alfresco dining, a cheese tower wedding cake (bien sûr!)and rosy-pink Champagne. Above all of these beautiful elements is a feeling of love, relaxation and time slowing down to enjoy the moment. Today’s wedding was photographed by Lottebruidsfotografie based in Amsterdam and written by the bride Ilse, founder of Temploola.

Where and when it all started…

It was 2011… We both lived in Amsterdam, the Netherlands (still live here by the way) and every year we have a celebration for the King (and before 2013 for our Queen). As we met in 2011, it was still called Queensday. Everybody dresses up in orange, red, white and blue colours and everywhere you go in Amsterdam (or anywhere else in the Netherlands), there are festivities going on.

This was the first time we both encountered ‘love at first sight’. It was such a special moment, when dancing on the Amstelveld, next to the grachten in Amsterdam, we looked into each other’s eyes

and basically the rest is history. This was April 2011 and on the 1st of March 2013 we started living together. In September 2014, Roger proposed to me during our holiday in the South of France and of course I said ‘yes’. We knew straight away: this is also the place we want to get married.

Where the magic happened

On September 5th 2015 we got married in Mazan, South of France. This place is really dear to Roger as his grandparents bought a vacation house in this region in 1972. The house is still part of the family and Roger’s parents bought themselves another vacation house nearby. Roger practically grew up in the area. After going there together for the first time, I also totally fell in love with the surroundings and what better place to celebrate our love, then surrounded by grape vines and the Mont Ventoux on the background.

Our wedding was breathing France & Provence, with lavender and mint green pastel colours. Furthermore we wanted to create a rustic and summery themed wedding.

Together with my mom I went shopping for my dress. I booked an appointment with Amiga and when trying on the 5th dress I knew straight away: this is going to be the one! It’s a Pronovias dress with handmade Spanish lace. First of all, when the lady in the shop presented me the dress, I wasn’t blown away. It’s quite a unique dress, because the lace is very prominent and is more champagne coloured than off-white. But it fitted like a glove and loved the detailed elements in the lace!

I really wanted the back of the dress to be in a V-shape, so they had to amend the dress a bit. In the end, I’m really happy with the result and I still try my dress on every year on our wedding anniversary, well, only had 2 anniversaries so far, but the dress still fits amazingly well!

I bought my shoes at a large warehouse in Amsterdam, they are from L.K. Bennett. Not originally meant to be wedding shoes, but perfect when you have an aisle made of small pebbles, the wedge heel was definitely a must-have.

Roger had his suit made at Suit Supply. The suit is a three-piece suit and is combined with a light grey belt and light grey suede shoes. This gave it a very summery look and feel. Next to that, the vest had a custom patterned fabric on the back, which made it very playful.

His tie was custom made by a tailor as we couldn’t find a suitable one that matched the colour of my dress, so I bought the fabric at the local market and went to a nearby tailor to have it fixed. Worked out perfectly!

The house that used to belong to Roger’s grandparents, now belongs to two of his uncles. One of them loves old French cars and we thought it would be really cool to have an old Renault 4 from the ’60’s to have as our wedding car.

To live up to the theme of our wedding, we choose a French song for me to walk down the aisle: Quelqu’un M’a Dit from Carla Bruni. It is such a romantic song. We only decided the day before the wedding that it was going to be this song, but when we were driving to the South of France (1100 km) the week before the wedding, we listened to the song a lot and both loved it so much!

Our ceremony was held at a winery nearby, Chateau Pesquié. One of Roger’s best friends, Bram, was the unofficial pastor and he was leading the ceremony. After that we held our toast in the garden of the winery, it’s such a beautiful garden!

After the ceremony, when we had a toast with all of our friends and family, some of our best friends, gave us a Laguiole saber with our logo engraved on it. Roger then sabered one of the sparkling wine bottles, it looked really professional, nevertheless, this was the first time he ever did this!

The dinner and party were held at the house that used to belong to Roger’s grandparents. The caterer had to prepare a 3-course dinner for 80 people in the garage and he did such a great job!

We didn’t want to have a normal wedding cake, so we decided to have a ‘cheese wedding cake’. During the party we thanked everybody for being there with us on our special day. Next to that, we opened a Magnum bottle of St. Marc wine from 2011 (the year we met) and we cut our cheese wedding cake.

One of our friends present at our wedding has a beautiful voice! We asked her to sing ‘Happy’ from Pharell Williams for us, that’s how we opened the party.

I’m quite creative and Pinterest was my best friend in the months towards the wedding. We had some DIY projects, like the wooden plates under the dinner plate with our own logo (thanks to my brother and sister-in-law for spray painting the logo on it!). We had ‘happy tears’ tissues during the ceremony, bottles of water & aspirins for after the party and the flower hairpiece I was wearing after the ceremony was made by myself (during hair & make-up) on the morning of the big day…

Our favourite photograph of the day is probably the photo where we see each other for the first time and Roger asks me to spin around so he can see the whole wedding gown. That moment is still so alive in our memories.

Now we laugh about it…

‘Funny’ fact: in the South of France, there can be quite a fierce Mistral wind. Guess what… that is what happened on our wedding day. In the morning it was still ok, but during the afternoon, the wind got really strong. Nevertheless, the air was spotless, not a cloud in sight (due to the wind) and we have some really stunning photos because of the wind with my veil going all wild.

Roger’s favourite memory of the day

Roger’s favourite memory of the day is definitely the moment he saw me for the first time, coming down the stairs in his grandparent’s vacation house. He felt like it was ‘love at first sight’ all over again, just like we met for the very first time.

Ms Zigzag says: Each and every photo tells such a strong, loving story. We are so thankful to the beautiful Ilse for sharing her perfect wedding story with us.

About Ilse and Temploola: Ilse lives in Amsterdam, together with her husband and son. She started Temploola.com in August 2017 where you can find ready-made templates for those special moments in life, e.g. wedding, birth, anniversaries, etc. The designs are of a high quality and easy-to-edit. Consider her as your personal designer. 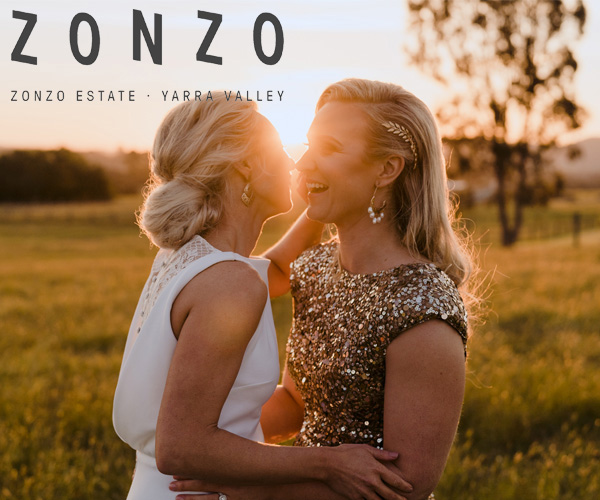 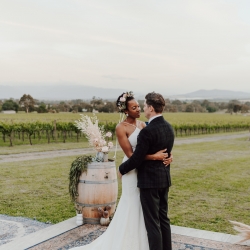 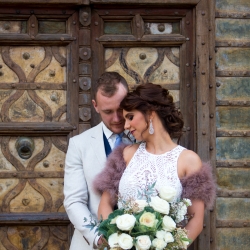